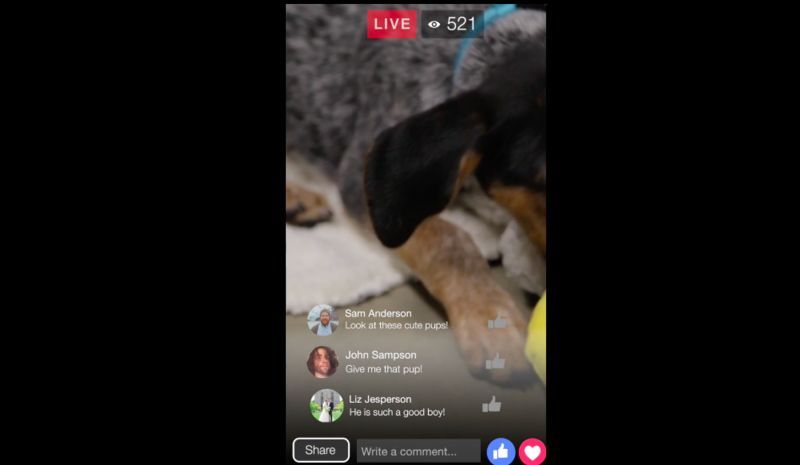 The livestream sessions invite Facebook users to log on and "interact" with the pets by performing different actions on Facebook. Likes, loves and emojis from users on the social network are translated to real-world belly rubs, hugs and interactions with emoji chew toys. On top of this, comments from users such as "He's such a good boy!" were read aloud to the dogs so that they could receive some of the love that was being directed their way.