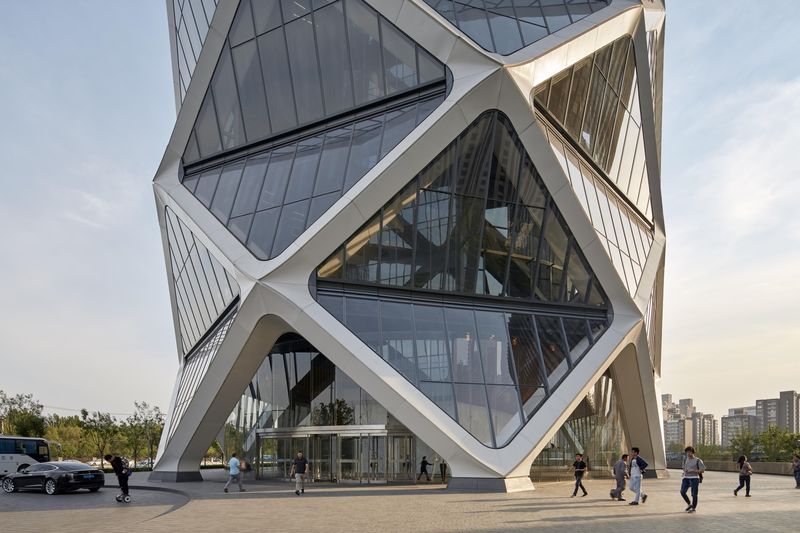 Joey Haar — August 24, 2017 — Art & Design
References: archdaily
Share on Facebook Share on Twitter Share on LinkedIn Share on Pinterest
Poly International Plaza, a new skyscraper in Beijing, is inspired by Chinese paper lanterns. The office building features a complexly three-dimensional facade with massive, folded, rhomboid windows that are angled to let in light at every time of the day.

The Poly International Plaza facade is directly inspired by a folding technique used on paper lanterns. The diagrid pattern can be created with paper by folding it into a cylinder and impressing the tessellating parallelograms evenly across the surface. Though Poly International's facade is made from concrete and glass, it nonetheless gives off a lightness reminiscent of paper.

An added benefit of the structural design is that it opens up the buildings interior. The unique structure allows for a column-free interior, expanding range of movement and interior space.
2.5
Score
Popularity
Activity
Freshness
Get Trend Hunter Dashboard