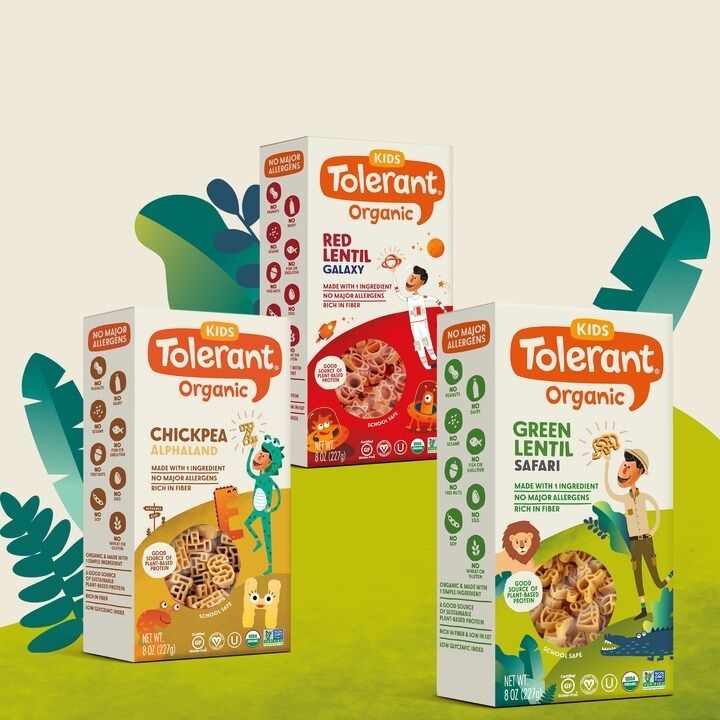 Laura McQuarrie — August 4, 2020 — Lifestyle
References: tolerantfoods & prnewswire
Share on Facebook Share on Twitter Share on LinkedIn Share on Pinterest
Tolerant is known for its single-ingredient protein pastas and it is now introducing 100% organic, plant-based pastas in friendly formats for kids. The wholesome and nutritious legume-based pastas can now be enjoyed in fun shapes to entice kids, who will be able to enjoy better-for-you pasta products without realizing what they're eating is healthy, all-organic, school-safe, free of major allergens, vegan, gluten-free and non-GMO.

The nutritious legume-based pastas for kids are being introduced in varieties like Organic Kids Chickpea Alphaland, Organic Kids Red Lentil Galaxy, and Organic Kids Green Lentil Safari, which are made only from organic lentils or chickpeas.

As Niloo Mirani, Tolerant's director of marketing, describes: "We noticed that many packaged foods targeted at children are junky and lack nutrition. We wanted to change that, so we created a nutritious legume-based pasta that kids would love and parents would feel good about serving."