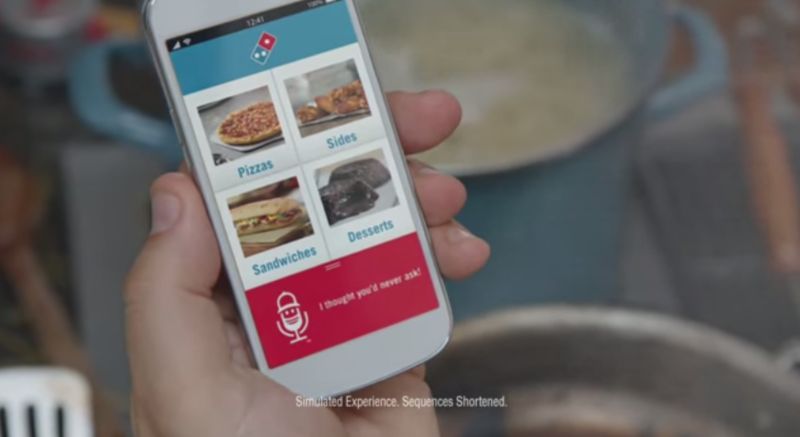 Laura McQuarrie — October 11, 2014 — Tech
References: order.dominos & digitalbuzzblog
Share on Facebook Share on Twitter Share on LinkedIn Share on Pinterest
In this pizza commercial, Domino's shows off the one and only things its voice ordering app does best. Earlier this year, the app was introduced and now, this ad from Domino's presents the guide within the app as "Dom," a personality that's like the pizza-specific equivalent to Siri.

Unlike Siri who knows it all, Dom can only help with anything that's related to pizza, as proved in several different scenarios within the commercial. At several points in the ad, the phone user requests to have his meeting canceled, or asks the virtual assistant a question, only to have Dom suggest pizza as the solution for everything. While Dom may not be as knowledgeable as Siri, he is an expert at handing anything and everything to do with pizza.