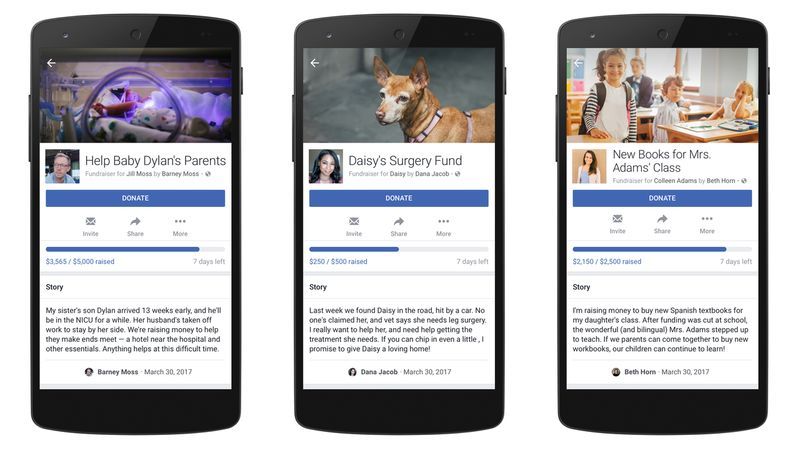 To be sure, the personal fundraiser function doesn't allow for anyone on the network to solicit funds for any purpose at all. Rather than opening that potential public relations nightmare, Facebook has limited the types of fundraising on its site to six categories: education, medical, pet medical, crisis relief, personal emergency, and funeral and loss. Further, any personal fundraisers must first be evaluated through a 24-hour review process.
1.5
Score
Popularity
Activity
Freshness
Get Trend Hunter Dashboard