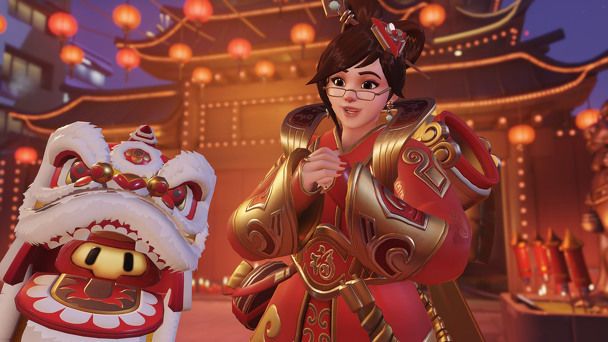 Justin Lam — February 12, 2018 — Tech
References: usgamer.net & ca.ign
Share on Facebook Share on Twitter Share on LinkedIn Share on Pinterest
Overwatch's Lunar New Year event is set to celebrate the holiday with over 50 seasonal items and six new legendary skins. The event will be the game's celebration of the Lunar New Year and has been dubbed Year of the Dog. This event will be the second celebration for Overwatch, as the previous Year of the Rooster was praised by many fans of the series. The event is set to begin in mid-February of 2018, just in time for the Lunar New Year.

Overwatch's Lunar New Year will bring several updates to the game, including a new skin-swapping feature, as well as several quality of life updates. The event will also bring a whole slew of cosmetic upgrades, all centered around the Lunar New Year and Chinese celebrations. As part of the update, legendary skins will be returning for characters Mercy, Zarya, Genji and Widowmaker. New game modes will also be added, including Capture the Flag mode and Sudden Death. A new map entitled Ayutthaya will also appear in the update, but no further information has been given on it.