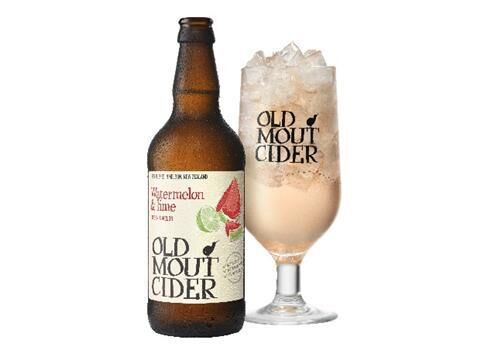 Old Mout Watermelon & Lime is Launching in the UK

Michael Hemsworth — April 7, 2021 — Marketing
References: oldmoutcider & conveniencestore
Share on Facebook Share on Twitter Share on LinkedIn Share on Pinterest
The Old Mout Watermelon & Lime cider is being added to the brand's existing roster of libations that will offer consumers with a flavorful option to try out this summer. The cider features the flavors of the namesake fruits and features a 4% ABV, which positions it as being the same as the existing varieties in the brand's lineup of variants. The refreshment will be promoted with an extensive digital media plan on social media throughout the summer.

Heineken UK Cider Marketing Director Rachel Holms spoke on the new Old Mout Watermelon & Lime cider saying, "In 2019 our Old Mout Pineapple & Raspberry launch was an outstanding success and we’re ready to do it all over again with the arrival of our new Watermelon & Lime flavour. With strong consumer taste test results, as well as a dynamic flavour combination of watermelon and lime, we believe we have an exceptional, new flavour at our disposal. Watermelon & Lime has mass appeal, which will ensure that not only will our consumers get a refreshing taste, but our retailers can realise the full potential of their premium cider offering to boost their sales further.”
3.5
Score
Popularity
Activity
Freshness
View Innovation Webinars