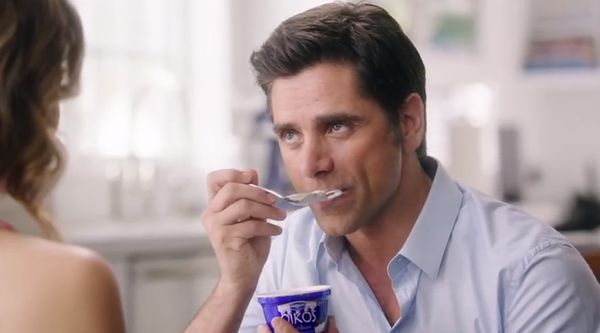 This year's commercial, titled 'The Spill' follows in the same footsteps as last year’s Oikos ad, 'The Tease.' The ad features John Stamos and a lady friend sharing a cup of yogurt in a pretty suggestive way. Stamos spills yogurt onto his pants and just as the commercial is about to get far too steamy for TV, Bob Saget and Dave Coulier appear, dressed like they are prepared to clean up a serious mess.

There's not much other interaction between the cast members, as the commercial is only about 30 seconds in length, but fortunately the Oikos 'Bromance' microsite provides plenty of goofy behind-the-scenes action from the trio to make up for it.
2.8
Score
Popularity
Activity
Freshness
Attend Future Festival