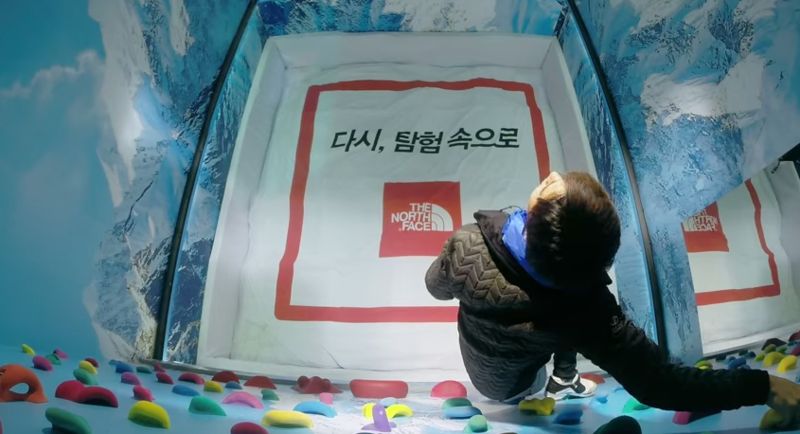 This 'The North Face' Stunt Gave Shoppers Quite a Scare

Rahul Kalvapalle — October 16, 2014 — Business
References: thenorthfacekorea.co.kr & caplex
Shoppers in a seemingly unassuming The North Face store in South Korea got the scare of their lives when they were unexpectedly roped into a freaky marketing stunt out together by The North Face and South Korean marketing agency Innored.

Shoppers were browsing the store's offerings when the floor below them slowly began to recede and disappear, while the clothing racks began rising to the ceiling. This meant shoppers were forced to grab onto the rock-climbing walls, which conveniently had rock-climbing holds and grips attached to them. A North Face jacket attached to a wire was then dangled from the ceiling, with customers challenged to leap from the wall and grab the jacket before landing on a padded pit below.

Unsurprisingly, the shoppers' reactions are pretty hilarious to witness.

The campaign was borne out of The North Face's desire to encourage customers to overcome unexpected challenges using their inner strength.
6.9
Score
Popularity
Activity
Freshness