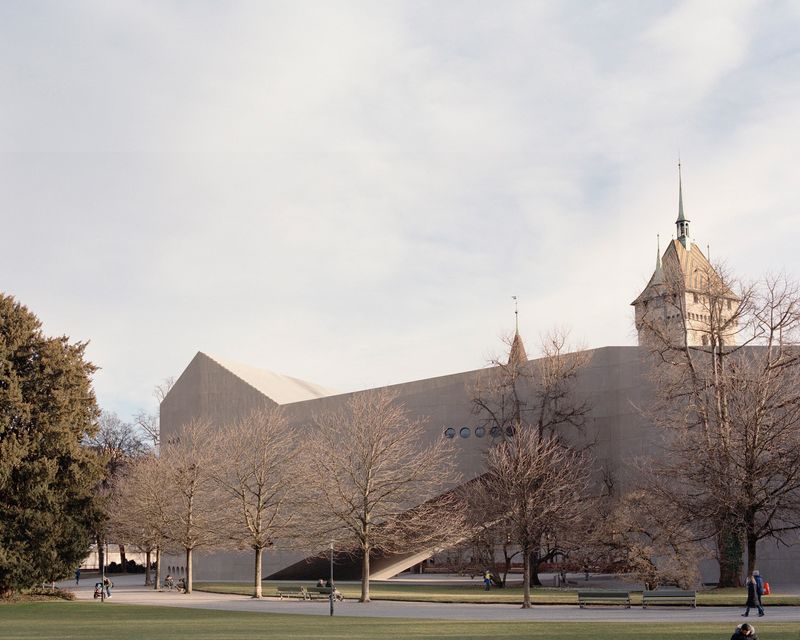 The National Museum Zurich has a Juxtaposed Modern Wing

Joey Haar — July 19, 2017 — Art & Design
References: dezeen
Share on Facebook Share on Twitter Share on LinkedIn Share on Pinterest
The National Museum Zurich was once a staid, traditional museum building in the old European Renaissance style. Like many other museums around the world, though, the NMZ has made use of architecture in order to demonstrate its forward-thinking ideology. The museum recently opened a new wing that is primarily made from concrete in the Bauhaus style, drastically differing from the original buildings on the grounds.

The stark tan wing was designed by Christ & Gantenbein, and it follows in the footsteps of other, similar projects. One of the most famous of those is 'The Crystal' that extends off of the Royal Ontario Museum in Toronto. Michael Lee-Chin's controversial design sprouts from the relatively uninspiring building that houses natural and cultural artifacts, referencing both the museum's gem and mineral collection and its willingness to think differently.
0.7
Score
Popularity
Activity
Freshness
Access Advisory Services