Return of the American Supercar 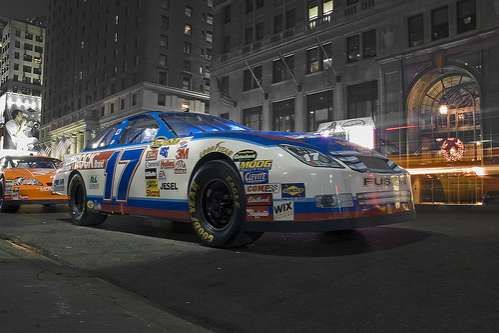 It’s thought that the bulk of these cuts will come after the Homestead Miami Speedway race next week, which marks the close of the NASCAR season. According to the Winston-Salem Journal, however, team owners Rick Hendrick and Joe Gibbs have already begun paring down their respective rosters.

Earlier this week, NASCAR CEO Brian France met with corporate executives from Chrysler, Ford, General Motors, and Toyota, and it’s reported that these executives expressed their commitment to NASCAR despite the dismal economy.

Commitments are one thing, but running a business is another matter entirely. NASCAR executives plan to cut as many extraneous costs as possible without sacrificing the existing marketing plans already in place.

A virtual ban on all testing for the early part of 2009 is one of the new plans being discussed. According to France, barring teams from testing at NASCAR-sanctioned tracks could save $30-$40 million a year. However, this move would also do a slight disservice to rookie drivers who could benefit from track testing.

29 Fast-Paced NASCAR Features
With Only One Race Left Before the NASCAR Chase 2012, Stress is High