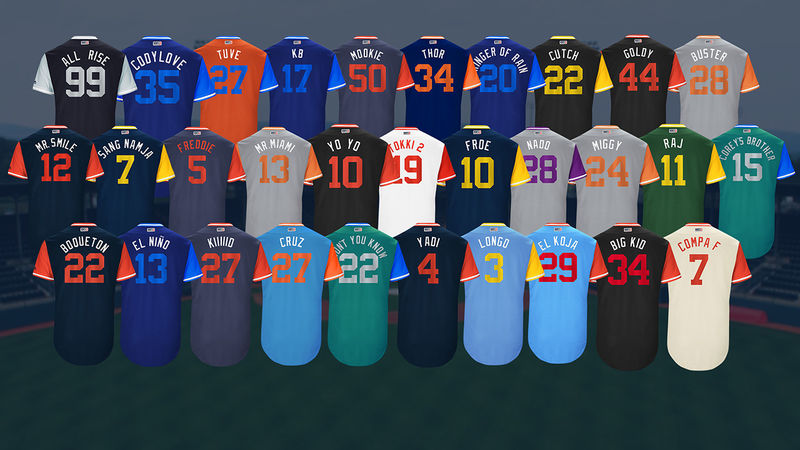 Joey Haar — August 10, 2017 — Lifestyle
References: si & deadspin
Share on Facebook Share on Twitter Share on LinkedIn Share on Pinterest
August 25th to 27th will be the first ever MLB Players Weekend, and The Show is giving players freedom to get creative with their jerseys during the three-day event. During MLB Players Weekend, every players' name on their jersey will be replaced with a nickname of their own choosing, and the recently revealed choices have been fun for both players and fans alike.

Some of the jersey nicknames are references to players' current, well-known nicknames. Josh Donaldson's jersey will read 'Bringer of Rain' after his popular Twitter handle, and Aaron Judge's will say 'All Rise' in reference to his nascent slogan. Others are more obscure references and jokes. For instance, David Freese's jersey will say 'Davehuman' because he has a friend with a dog named Dave, so he needs to be clear.

The jerseys are inspired by youth baseball, and they represent a first, not only because of the wacky names. New York Yankees jerseys have always had just a number and no name; MLB Players Weekend will be the first time the historic team's jerseys have names on them.
2.1
Score
Popularity
Activity
Freshness
View Innovation Webinars