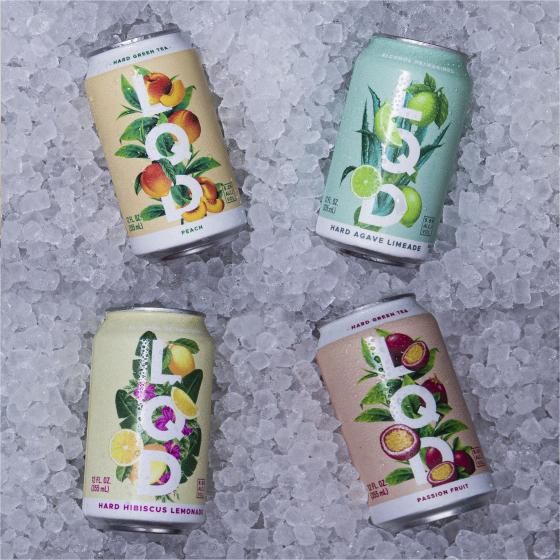 The New LQD Malt Beverages are Under 200 Calories Per Serving

Michael Hemsworth — April 2, 2020 — Marketing
References: anheuser-busch & drugstorenews
The new LQD malt beverages have been created by the Brewers Collective from Anheuser-Busch as a range of libations that target consumers seeking out an alternative to traditional beers and cocktails.

The beverage range is targeted at health-conscious consumers and are achieved using natural fermented fruit in order to achieve a high-quality flavor profile. The drinks feature an ABV that ranges from 5.2% to 5.9%, are under 200 calories per serving and come in four flavor options including Hard Passion Fruit Green Tea, Hard Agave Limeade, Hard Hibiscus Lemonade and Hard Hibiscus Green Tea.

President of Brewers Colletive Marcelo "Mika" Michaelis spoke on the new LQD malt beverages saying, "After brainstorming with brewers from across the 13 craft partners that comprise Brewers Collective, it became apparent there was an opportunity to collaborate on a unique beyond beer offering. With craftsmanship and real ingredients at its core, LQD has provided our brewers with a platform through which they can directly and creatively address consumer needs.”
8.8
Score
Popularity
Activity
Freshness