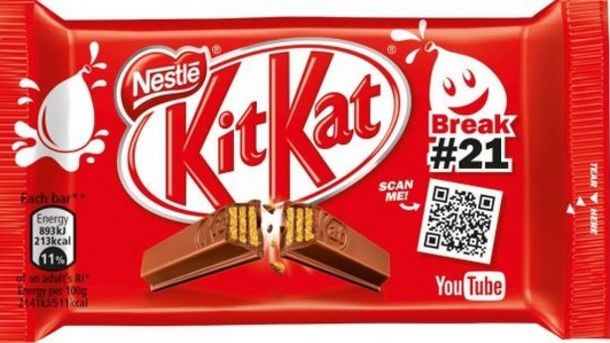 Nestlé Teamed Up with Google for These YouTube Kit-Kat Wrappers

Upon scanning the code with their smartphones, consumers are directed to a YouTube video, which has content surrounding, gaming, music, sport or comedy. With this, those enjoying the chocolate bars are given something to do as they snack. A total of 74 video QR codes are included on the Kit-Kat wrappers, prompting consumers to buy more so that they can uncover the content that's hidden.

Nestlé and Google took the rising popularity of YouTube into account when considering its new packaging, which David Black of Google UK supports by saying, "Watch time on YouTube is up over 50% year on year, so people are spending more time on YouTube all the time."
3.6
Score
Popularity
Activity
Freshness
View Innovation Webinars