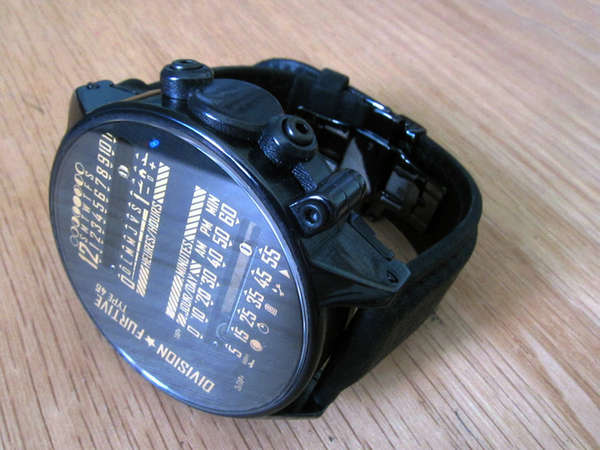 These Timepieces Use Linear LED Lights Instead of Rotating Hands

Jonathon Brown — November 5, 2012 — Tech
References: division-furtive & kickstarter
Share on Facebook Share on Twitter Share on LinkedIn Share on Pinterest
A new watch, which uses linear LED lights instead of rotating hands to tell the time, is now available to be reserved. The watch that Montreal-based firm Division Furtive calls "James Bond-worthy" senses movement and actually only tells the time when you look at it.

After 18 months of development, Type 46 by Division Furtive is ready. In contrast to traditional watch mechanics, Type 46 (and its cheaper predecessor Type 40) features two horizontal light systems which indicate the hour and the minutes. The watch has no buttons, but instead is set using an application on your smartphone that sends light signals to the watch when it's placed on your phone screen. Using these light patterns, the watch sets itself.

Secondary functions like the date can be found by tapping the watch face. A leather band holds the watch, which is made of epoxy-filled plastic structure (Type 46 has a metal casing.) Only 1,000 units of Type 40 will be available and it comes with a one year warranty.