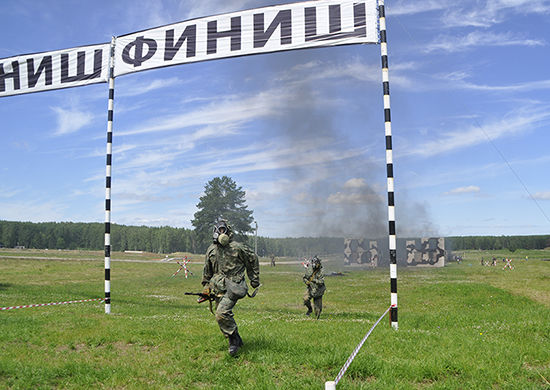 The 'International Army Games' are Russia's Answer to Rio 2016

Joey Haar — August 6, 2016 — World
References: eng.armygames2016.mil.ru & wired
Share on Facebook Share on Twitter Share on LinkedIn Share on Pinterest
Amid scandal concerning the Russian athletes attending the 2016 Rio Olympic Games, the Russian Federation has decided to host its own international games, the 'International Army Games.' Taking the idea of war games to its most literal extreme, the Games are a series of war-related competitions involving some of the most powerful militaries in the world.

Competitors in the International Army Games include the host nation, Russia, as well as China, Iran, India, Egypt, Greece and others. The event also hosts observer nations including Israel, Germany and Saudi Arabia, presumably to ensure that something as high-powered as a war competition doesn't get out of hand.

With a webcast of the events, the International Army Games are far from a secretive military operation, demonstrating the marketability and potential consumer interest in war machines.
4.9
Score
Popularity
Activity
Freshness
Get Trend Hunter Dashboard