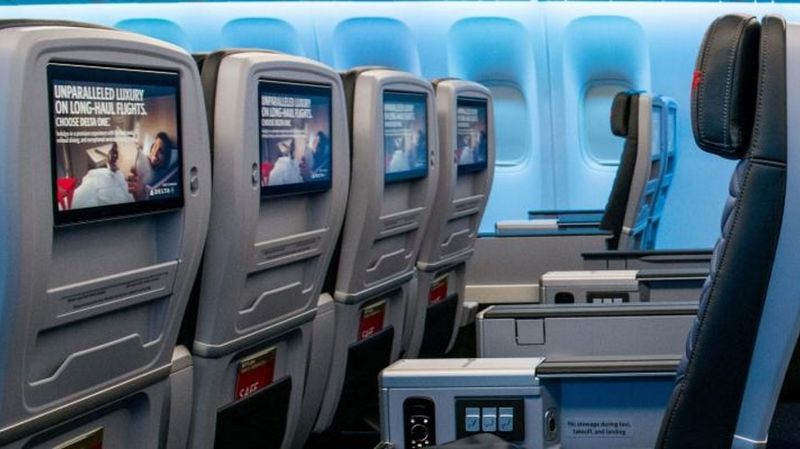 Laura McQuarrie — October 24, 2018 — World
References: news.delta & adweek
Share on Facebook Share on Twitter Share on LinkedIn Share on Pinterest
When it comes to inflight movies and entertainment, travelers are commonly set up with personal screens so that they can make their own movie selections. Delta Air Lines launched a new initiative on Twitter to determine the movie that will be shown in December as the featured holiday film.

On Twitter, Delta Air Lines set up a poll that asked social media users to cast their vote for selections like Die Hard, Elf, New Year's Eve or Home Alone. As the poll was only open for a limited time, Elf came out on top at 43%, followed by 42% of users choosing Home Alone as a close second. Throughout December, Elf will be indicated as the winning inflight holiday movie with a badge.

This initiative helps to promote Delta Studio as an offering that is free to all customers, providing access to hundreds of movies, TV shows, podcasts, songs, games, trivia and more.
1.5
Score
Popularity
Activity
Freshness
Get the 2021 Trend Report FREE