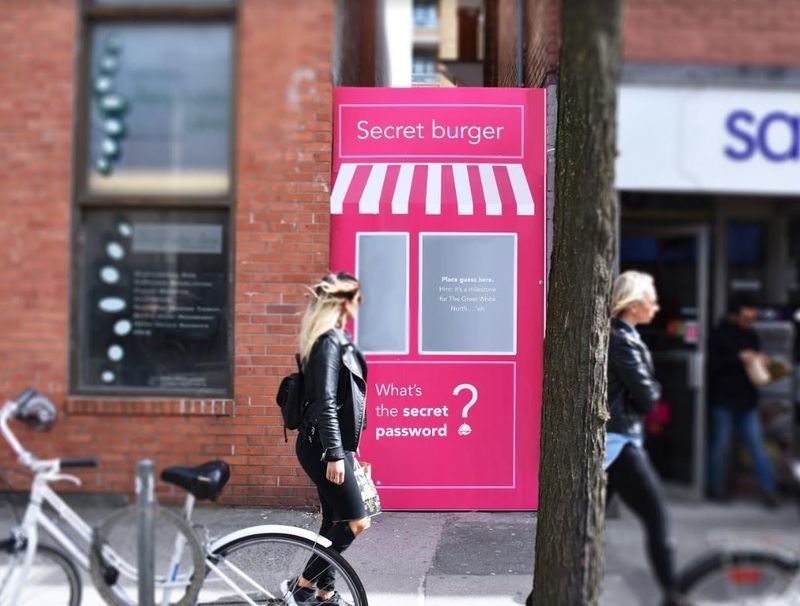 Rebecca Byers — May 11, 2017 — Marketing
References: foodora & foodora
Share on Facebook Share on Twitter Share on LinkedIn Share on Pinterest
The foodora Burger's Priest pop-up was a clever way for the global food delivery service to pay tribute to Canada's milestone 150th birthday and #BurgerMonth in the three Canadian cities in which it operates: Toronto, Montreal and Vancouver. With each city getting their own limited edition version of the burger to be offered through the platform for two weeks coming up, the Toronto pop-up allowed for individuals to learn more about the foodora experience in a hands-on way.

Set up close to the Burger's Priest Queen Street West and Spadina location, a brightly branded foodora Canada window invited passersby to take a guess at a secret password in order to receive a free special edition Canadian Maple Bacon Cheeseburger, which will be exclusively available for order through foodora in Toronto between May 12th and 31st.

Notably, there is also a limited-edition 'We the Priest' cap available exclusively through foodora.