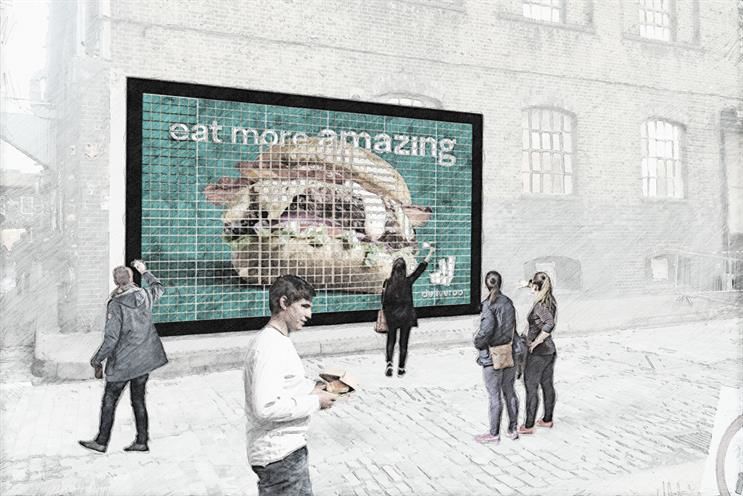 Each and every burger that will make up the 'Eat More Amazing' billboard is set to be crafted by one of Deliveroo's restaurant partners, offering passersby their choice of chicken and beef varieties alongside vegetarian burgers.

While there have been a number of edible billboard installations set up in the past made from everything from cakes to cookies, Deliveroo opted to put its stamp on the idea with burgers, as it sees them as "one of the nation’s most popular takeaway dishes." True to this theme, the billboard will offer burgers as the ultimate grab-and-go eats in convenient takeaway format.
7.4
Score
Popularity
Activity
Freshness