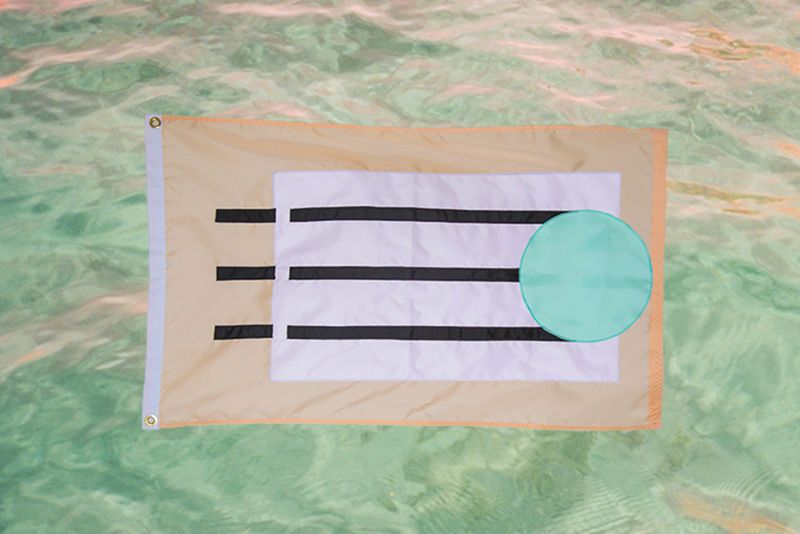 This Flag Project Combines Connectivity and Activism with Art

Ellen Smith — May 11, 2017 — Social Good
References: coolhunting
Share on Facebook Share on Twitter Share on LinkedIn Share on Pinterest
Nine different artists were commissioned to design a flag that best represents their ideals and morals in a new flag project simply titled 'Flags.' Object_ify 139 and The Ace Hotel collaborated on this project after the 2016 US Presidential election, which bore witness to an eruption of substantial protests and an out pour of meaningful public action. Feeling as though their values were under threat, 'Flags' was created to explore what unites us, rather than what creates a divide.

Maria Candanoza, founder of Object-ify 139 believes that flags are a symbol of connectivity and commonality. Boldly bright and colorful, the flag project brought together artists and activists to create images which artfully symbolize a passion for supporting immigrants and refugees, environmental conservation, equality, healthcare for the LGBTQ+ community and much more.
3.1
Score
Popularity
Activity
Freshness
Get Trend Hunter Dashboard

Adapting Activism
In Her Talk on Activism, Julie Chappell Explains the Importance of Involvement