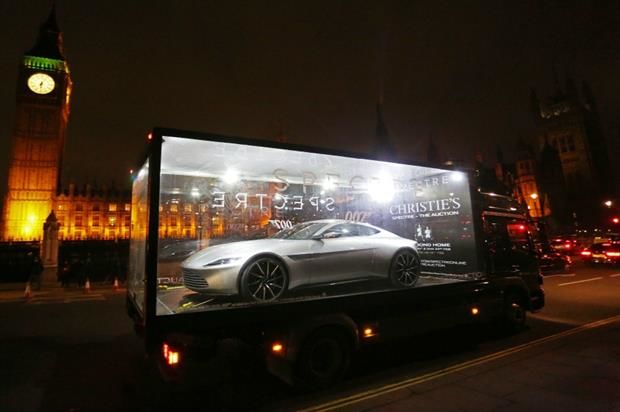 Collectively, these groups worked together to assemble gigantic glass displays on the backs of trucks that featured some of the most iconic items from the 007 universe. Some of these spy items included the legendary Aston Martin DB10, Bond's white dinner jacket and the metallic nails worn by Hinx. From the glass piece on the truck, fans were also able to tune into the James Bond Spectre Auction through Christie's. In total, 10 items will be sold at a physical auction, while another 14 will go up for bidding online.

Prior to the release of this James Bond movie, fans were also engaged with another unique film marketing stunt that introduced Spectre as the first-ever branded Discover Snapchat channel.
1.9
Score
Popularity
Activity
Freshness
Attend Future Festival