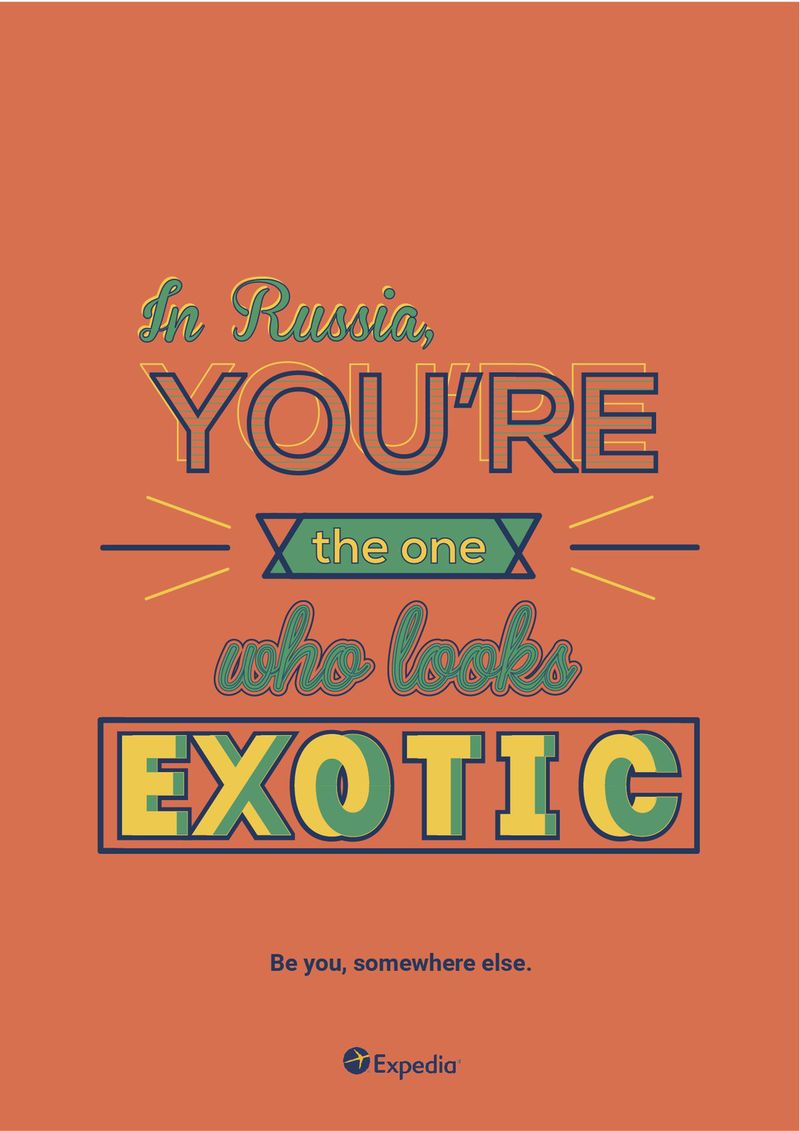 The Expedia Campaign Encourages You to "Be You, Somewhere Else"

Meghan Young — May 24, 2016 — Marketing
References: adeevee
Share on Facebook Share on Twitter Share on LinkedIn Share on Pinterest
There are some things that are frowned upon where you live, but are embraced in other places -- this is a fact that one of the latest Expedia campaigns are trying to shine a light on. For instance, while selfies might be deemed narcissistic in the United States, on the Greek Islands, that word translates to "independent."

Conceived and executed by the Miami Ad School, an agency based in New York, the Expedia campaign takes on the form of playful typography posters that share these findings and more with modern society. Another one reads, "In Russia, you're the one who looks exotic." Each phrase drives home the tag line, which encourages people to "be you, somewhere else." Travel has never seemed so tempting, especially for the self-esteem.
4.2
Score
Popularity
Activity
Freshness
View Innovation Webinars