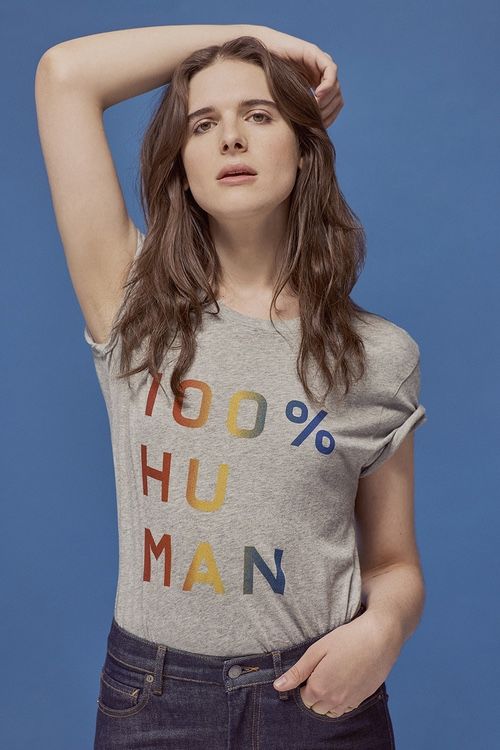 Like some of the brand's previous offerings, the apparel features minimalist writing on it that makes a statement, with phrases like "100% HUMAN" and just the word "HUMAN" repeated on tanks and t-shirts. As the lettering is colored by all of the hues that make up the rainbow, the fabric that constructs the apparel itself is neutral to offer the graphics a little more contrast.

With its apparel, Everlane aims to raise $100,000 for the Human Rights Campaign: the largest LGBT advocacy group for civil rights within the United States.
5.4
Score
Popularity
Activity
Freshness