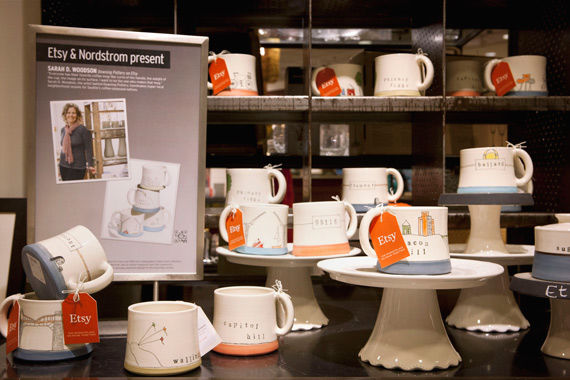 Four Canadian Etsy Sellers Will Be Getting Exposure in Nordstrom

Etsy has found success with this in the past in American markets, but now it is moving further north, aiming to showcase the talents of four Canadian sellers through Nordstrom Ottawa. The artisans include Sandy Bahrich of Firefly Notes, Heather Dahl of Dahlhaus, Steve and Mel Trimble of CartoCreative as well as Brenny Giovis of Paperfelt Paper Goods. With a selection of pottery, paper products, gift items and prints created from all across Canada, Nordstrom will be selling these Canadian-made goods in its At Home department.

In the past, Etsy has also partnered with West Elm and Indigo for wholesale partnerships in order to brings its marketplace items to physical locations. As some of the first Nordstrom stores just came to Canada last year, as a company Etsy has been quick with creative attempts to scale revenue before it goes public.
5.9
Score
Popularity
Activity
Freshness
Attend Future Festival Virtual