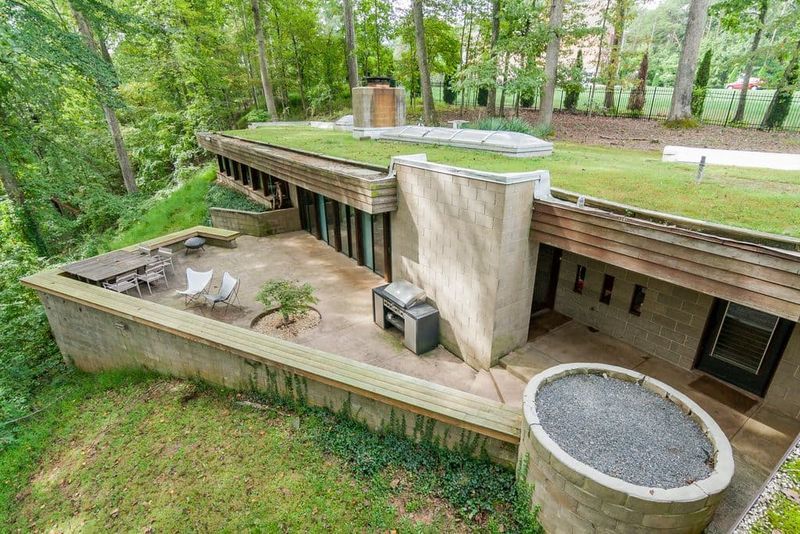 This Mid-Century Modern Home Was Built by Donald Reed Chandler

Joey Haar — November 7, 2016 — Eco
References: zillow & apartmenttherapy
Share on Facebook Share on Twitter Share on LinkedIn Share on Pinterest
Nestled under the woods of McLean, Virginia, this mid-century modern home designed by Donald Reed Chandler is both stylish and secure. The above isn't a typo -- the home is indeed under the woods, as the attractive property also doubles as a partially buried bunker.

Donald Reed Chandler's design was one of the first homes in the US to incorporate an earth roof and berm. That choice was informed by both ecology and security. For the environment, the design allows for incredibly efficient heating and cooling thanks to the earthen insulation.

In terms of security, the bunker layout was chosen mostly because of the home's location. McLean, Virginia is just a few miles away from the CIA headquarters. As such, a more paranoid homeowner can take solace in its underground recluse.
6.8
Score
Popularity
Activity
Freshness
Jeremy Gutsche Keynote Speaker