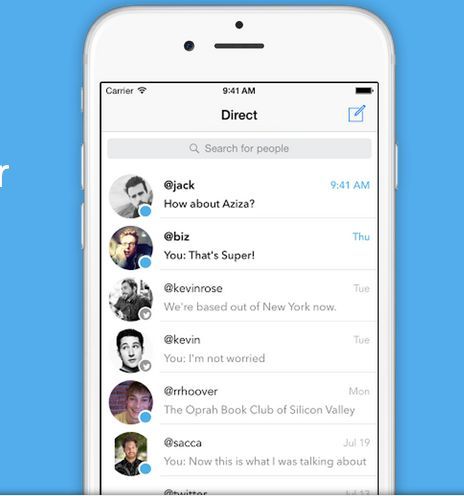 Christopher Magsambol — September 1, 2015 — Tech
References: techcrunch & directmessenger.co
Share on Facebook Share on Twitter Share on LinkedIn Share on Pinterest
Twitter has recently released a new direct messenger app. Prior to this, Twitter eliminated the 140 characters or fewer rule for direct messages. Perhaps both of these changes signal a shift in Twitter's philosophy and its expanding scope to encourage more conversational types of interaction. Much like other direct messenger apps, Twitter's is very straightforward, and will allow users to send photos, voice notes and stickers in the form of an instant message.

Although countless direct messenger apps exist, this new version makes it much easier to contact people who you only connect with through Twitter. One of Twitter's advantages is to be able to find like-minded professionals, celebrities, friends and colleagues, but contacting these individuals directly was difficult. With Twitter's direct messenger app, it is now possible contact those you follow without having to look for extra contact information.
1.4
Score
Popularity
Activity
Freshness
Get the 2023 Trend Report FREE