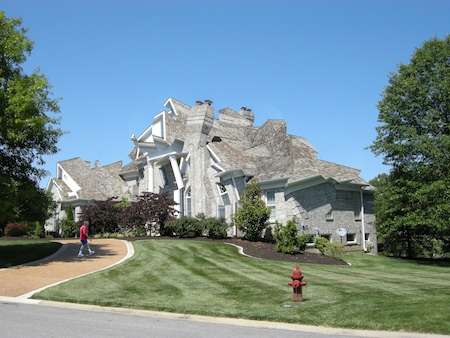 The series forces viewers to question what is real as well as expanding the possibility for what could eventually come to be. The homes in the photo series have been skewed, appearing as though they are being viewed through a kaleidoscope, while still maintaining a sense of balance and stability.

Each image shows the concrete structures twisted and turned in every which way, with the homeowner standing in the front yard -- seemingly unmoved by the way that their abode seems to have melted into itself.

His previous work, 'Deconstructing the Churches,' follows a similar theme, with its broken-down worship centers being rearranged in a mind-bending distortion of what a traditional building should look like.