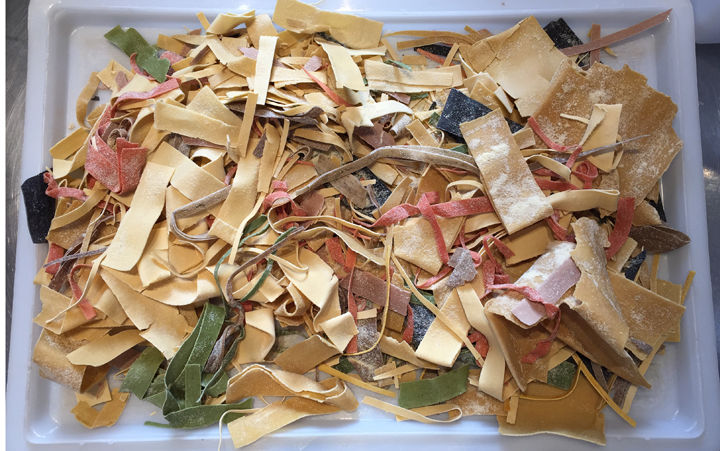 Dan Barber's WastED Pop-Up is Set to Debut in London

Joey Haar — January 17, 2017 — Lifestyle
References: wastedlondon & eater
Share on Facebook Share on Twitter Share on LinkedIn Share on Pinterest
Dan Barber's WastED pop-up is devoted to providing solutions for a veritable epidemic in the restaurant industry. Pre-consumer waste is rampant in restaurants around the world, with perfectly good food going into the trash because of archaic practices and a lack of knowledge. The menu at Dan Barber's WastED is constructed entirely of dishes that make use of food that would otherwise be wasted.

During the first WastED pop-up, the restaurant served 10,000 dishes. Within those dishes alone, it saved 600 pounds of "ugly" vegetables, 150 pounds of kale ribs, 30 gallons of beef tallow, 475 pounds of skate cartilage, 350 pounds of vegetable pulp, and 900 pounds of waste-fed pigs.

The upcoming London pop-up is set to be an even bigger event than the first, with Michelin-starred celebrity chef Gordon Ramsay slated to join on.
3
Score
Popularity
Activity
Freshness
Get Better and Faster