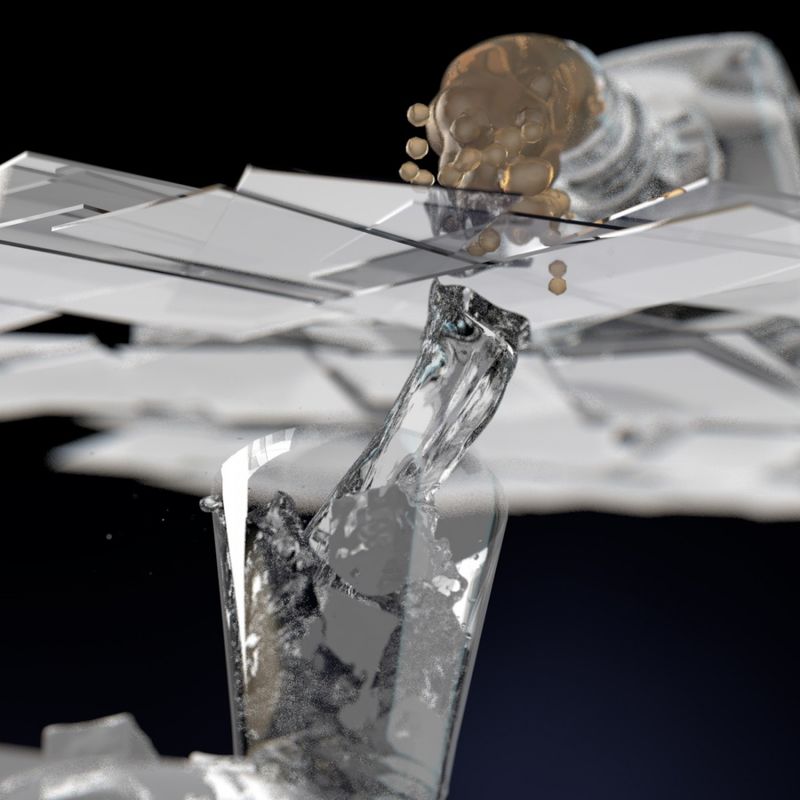 Scientists are Turning Whisky and Cognac into Colorless Spirits

Laura McQuarrie — November 15, 2017 — Tech
References: manchester.ac.uk & thespiritsbusiness
A group of scientists from the University of Manchester created a graphene-based sieve that is capable of removing the distinctive color from whisky and Cognac to make colorless spirits.

While there are spirits like vodka and tequila that are known for being transparent and devoid of color, others like whisky and Cognac retain dark hues. Although an experiment from the School of Chemical Engineering and Analytical Science at The University of Manchester was conducted for the sake of fun, what they found challenged what was thought to be possible with particles, membranes and solvents. The taste of the colorless whisky and Cognac has not been determined as they have only just been developed in a lab setting.

Just as there are now these colorless spirits, Clear Coffee has also been introduced in the past as a colorless, non-staining alternative to conventional coffee.
4.2
Score
Popularity
Activity
Freshness