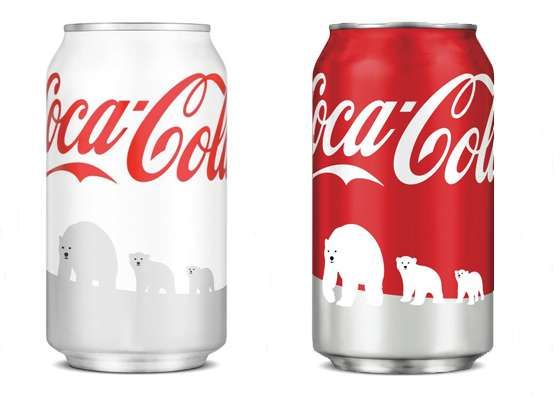 Coca-Cola Arctic Home Cans Go Back to Being Iconic Red

Katherinev123 — December 3, 2011 — Special
References: brandingmagazine & popsop
Share on Facebook Share on Twitter Share on LinkedIn Share on Pinterest
Not too long ago, Coca-Cola re-colored its cans to white for the holiday season as part of the Coca-Cola Arctic Home campaign, which creates awareness for the habitat of polar bears in the Arctic. Now, however, Coke is reverting its cans back to its traditional and iconic red.

Why the quick change-back? Apparently consumers weren't too happy about the snowy white coloring. Some thought that the white can looked much too similar to Coca-Cola's Diet Coke can, and according to The Wall Street Journal, some even thought that "messing with red bordered on sacrilege." Thus, the limited edition Coca-Cola Arctic Home cans will all be red again but still feature the same polar bear design the brand created for the white cans.

Let this be a lesson to other iconic brands thinking of re-branding themselves. In other words: If it ain't broke, don't fix it.
3.7
Score
Popularity
Activity
Freshness
Attend Future Festival