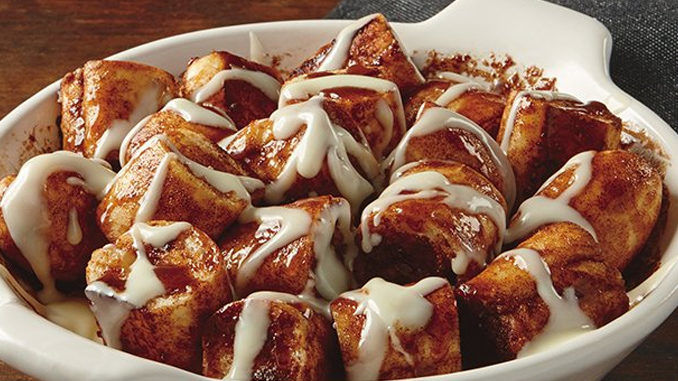 Katherine Pendrill — April 10, 2019 — Lifestyle
References: fazolis & chewboom
Fazoli’s is reimagining a signature appetizer with the debut of its new Cinnamon Swirl Breadstick Bites. Not only that, but the chain is also remixing other Italian classics such as its iconic chicken parmesan.

As part of Fazoli's new Parmesan Fest menu, the chain is putting a twist on some of its more beloved dishes. This includes creative new creations such as the hybrid Chicken Parm Lasagna and the extra cheesy Parmesan Crusted Alfredo Bake. However, the most notable of the new dishes is the Cinnamon Swirl Breadstick Bites, which turns a classic appetizer into dessert. The dish starts with Fazoli’s signature breadsticks, which are swirled with brown sugar and cinnamon and then doused in a rich cream cheese icing. The result is a pull-apart cinnamon dessert that you won't want to share.