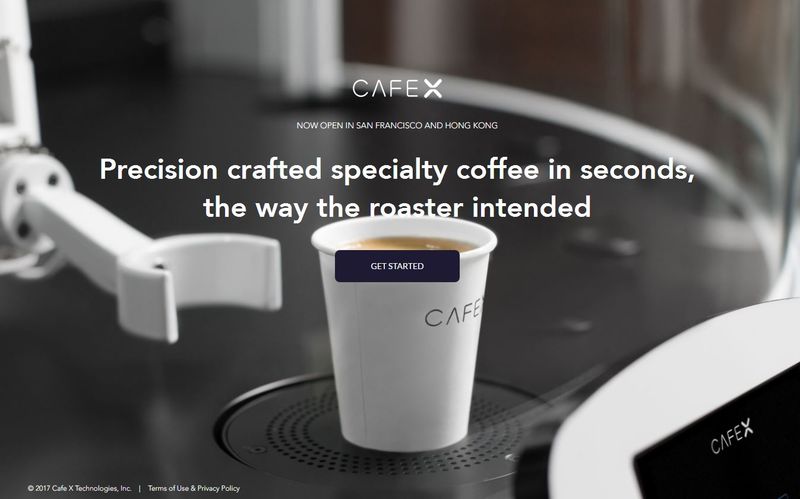 Joey Haar — January 30, 2017 — Tech
References: cafexapp & cnet
Share on Facebook Share on Twitter Share on LinkedIn Share on Pinterest
Robots are entering more and more of human enterprise, and Cafe X represents the latest arena into which robotics is pushing. The start-up coffee shop, which currently has locations in San Francisco and Hong Kong, is run by robotic baristas that make consumers their precise orders, from espressos to cafe lattes.

The Cafe X barista looks very similar to the industrial robotic arms that are already familiar to the world of automotive production. However, the arm, named Gordon, is engineered specifically for coffee rather than having been repurposed. As such, it uses the exact same machines that human baristas use to brew caffeinated beverages.

The benefit of a robot-run cafe like Cafe X is simply one of speed. Coffee is popular, and many cafes suffer from long lines — the prospect of shortening these lines through robots provides Cafe X with an advantage in a competitive industry.
4.5
Score
Popularity
Activity
Freshness
Get Better and Faster