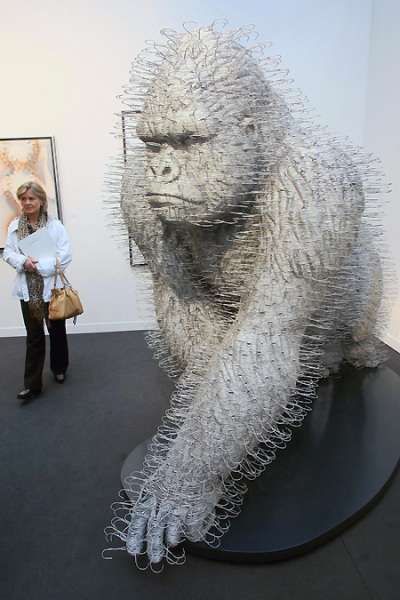 Cadbury is already saying it was, "designed to put a smile on viewers' faces" and will feature "another great retro anthem!"

In lasts year's video ad, which has received over 10 million YouTube views, a man in a gorilla suit drummed passionately to the tune of Phil Collins. It was cheesy, it was weird. It was a guerilla marketing campaign featuring a gorilla, with no mention of the Dairy Milk brand until the very end.

So what's part two going to look like? Well, it looks promisingly random again, but it doesn't look like primate costumes will be included. The title is Airport Trucks and once again, it was created by Glass and Half Full Productions.

"All the trucks have 'pimped' themselves to show their unique character, ready for the race of their lives," says Tony Bilsborough from Cadbury.

You'll have to check it out for yourself when it airs this Saturday, March 29.

But why are they launching it now and not right before Easter, prime time to sell chocolate?

Last year it was done to do damage control on a salmonella scare, and was effective as it ended up boosting sales by 9%.

This year the timing is actually cleverly thought out. Sales are always high around Christmas, which bridges to Valentines Day which trails to Easter. Then for the rest of the year, sales drop. These ads are meant to bring our attention back on chocolate, and hopefully it will be Cadbury goodies that come to mind.

Will Wonderbra spoof this one too?