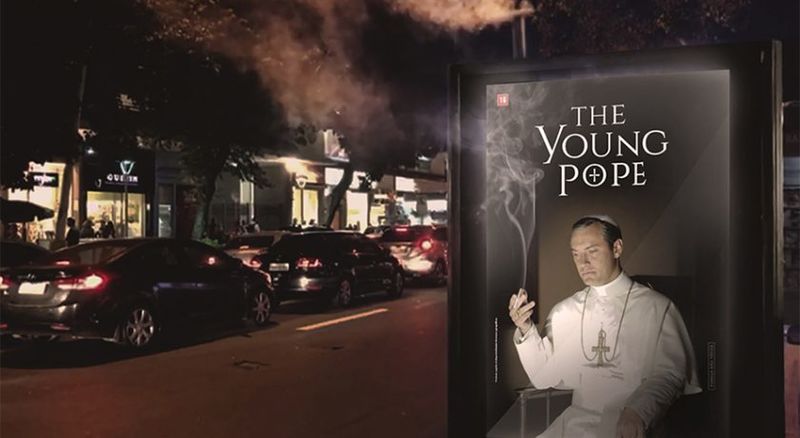 Laura McQuarrie — May 10, 2017 — Pop Culture
References: adweek
To announce the Brazilian debut of The Young Pope on Fox Channels, a unique bus stop billboard poster was set up.

From afar, the billboard posters might just seem like most ads, which depict static images. However, from the right angle, the billboard actually looks to be releasing a cloud of white smoke from a cigarette held by Jude Law's character in the TV series. This is because the placement of the bus stop is conveniently located in close proximity to a chimney that releases actual white smoke.

As well as being a clever way to bring the bus stop poster to life, the white smoke also serves as a reference to the way that white smoke is released from the Sistine Chapel to announce the election of a new pope.
6.1
Score
Popularity
Activity
Freshness