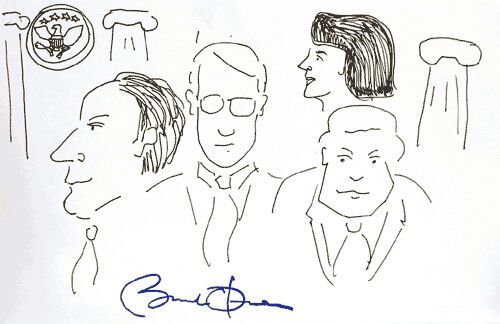 Understandably, the savvy purchaser is now receiving six-figure offers from people wishing to purchase the drawing, but the owner is refusing to sell it.

"I'm not sure I would sell it for any price. I mean, how many times can you put up a piece of original artwork by a president of the United States who also happens to have made history? It's a wonderful conversation piece."