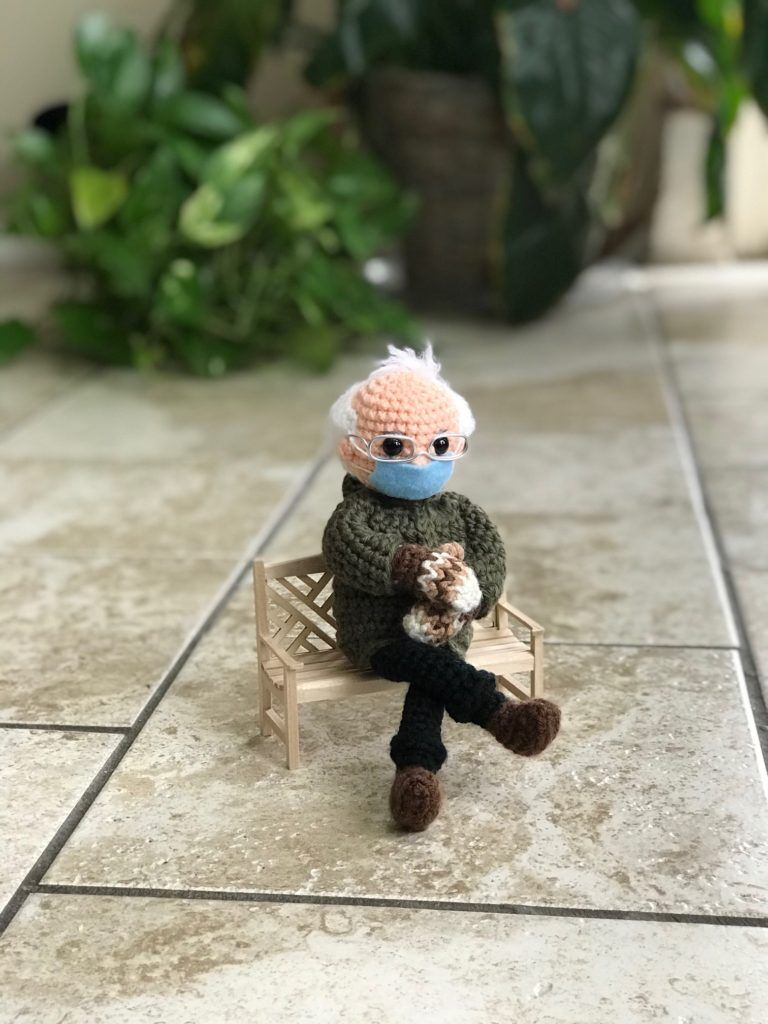 Riley von Niessen — January 25, 2021 — Pop Culture
References: tobeytimecrochet
Share on Facebook Share on Twitter Share on LinkedIn Share on Pinterest
Bernie Sanders and his mittens have been the subject of memes since he attended the inauguration of 46th President Joe Biden on January 20th—prompting the release of t-shirts to support Meals on Wheels Vermont, and now, an adorable crocheted doll from Tobey Time Crochet.

Tobey Time Crochet is a small business by Tobey King, where she's been crafting original crochet dolls for her Etsy shop since 2014. The Bernie Sanders doll isn't her first politically themed creation, however the meme's prominence certainly helped make it one of her most popular. Just like the original photo of Sanders keeping warm at the inauguration, the crocheted doll shows the senator in a surgical mask, olive green jacket, and of course, his wool mittens.