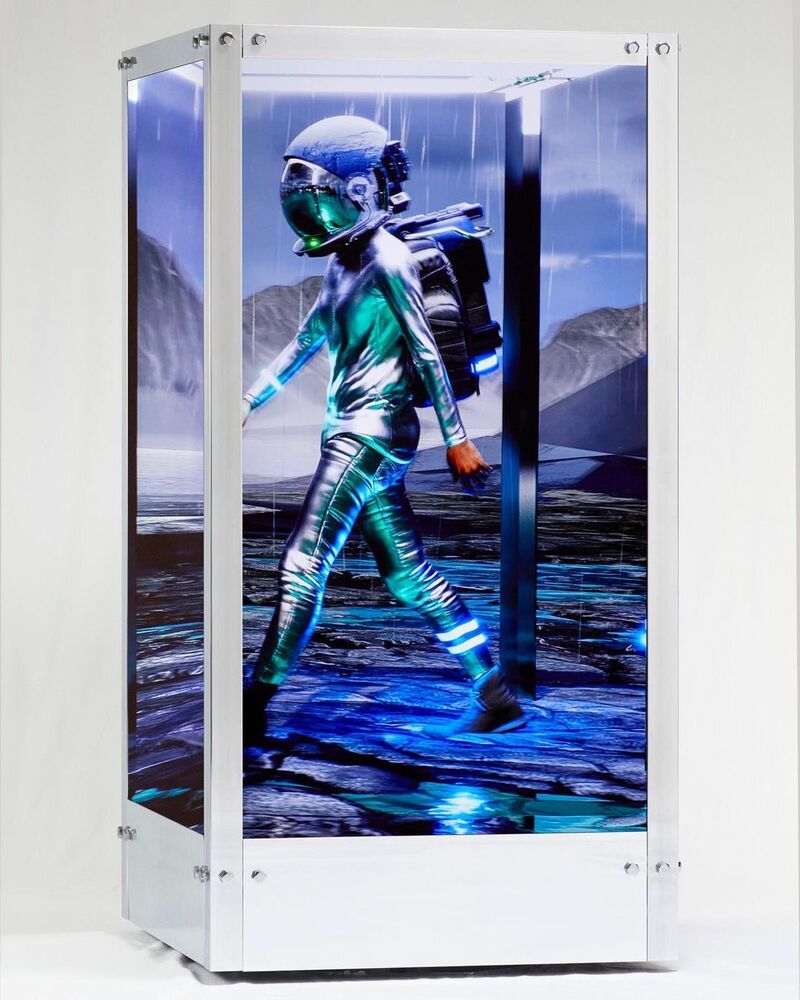 Beeple's Human One Artwork Has Physical and Digital Components

Laura McQuarrie — October 29, 2021 — Art & Design
References: instagram & designtaxi
Share on Facebook Share on Twitter Share on LinkedIn Share on Pinterest
Mike Winkelmann, better known as Beeple, has sold NFT works of art for many millions of dollars and the artist's latest piece called Human One is a physical sculpture with digital aspects. Inspired by elements of non-fungible tokens, Human One is a hybrid work of art that will continue to evolve. The seven-foot box consists of LED displays and 24-hour video that creates the illusion of a life-size astronaut walking in a dystopian setting. As Beeple says, "While a traditional work of art is more akin to a finite statement, frozen in time at the moment it was completed, this artwork’s unique ability to be updated makes it more akin to an ongoing conversation."

After making a record-breaking $69 million USD sale at Christie's, Beeple is returning to the auction house with Human One and the piece is expected to make about $15 million USD.
7
Score
Popularity
Activity
Freshness
Access Advisory Services