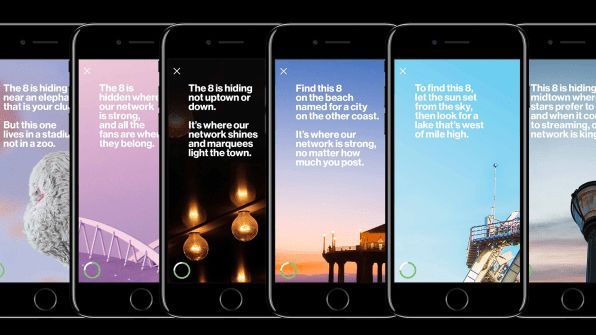 Verizon's Virtual Hunt Will Reward 256 Players with an iPhone 8

Through the Snapchat app, users in Chicago, New York, Los Angeles, San Francisco, Seattle, Denver, Dallas, and Atlanta will come across an ad, which serves as an invite to this virtual hunt. Players will receive ambiguous clues throughout the day, that require city knowledge to unlock. The hunt will send players from one end of the city, to the other, coming to a close with the final clue, which will unlock an '8' lens. Users must take a photo with this augmented '8' in order to be entered to win one of 256 iPhone 8s.