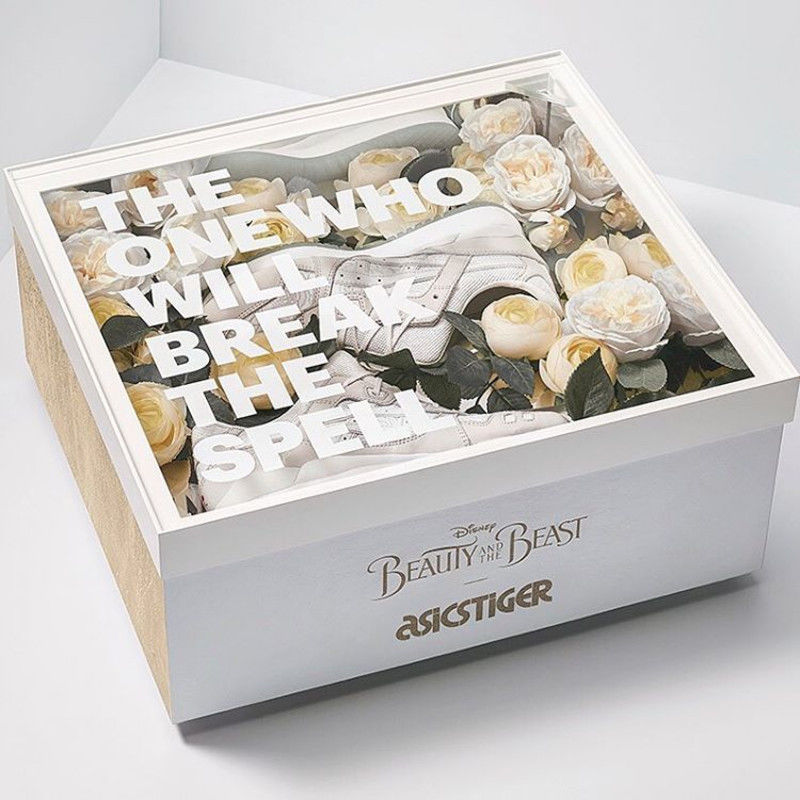 The pairs of sneakers take inspiration from Belle and The Beast, with color schemes that capture the essence of each character's personality. Naturally, the sneaker designed after the beast boasts darker, masculine colors, while the more delicate version reminds of Belle. As part of this Disney collaboration, Asics also released limited-edition packaging that reads: "The One Who Will Break the Spell."