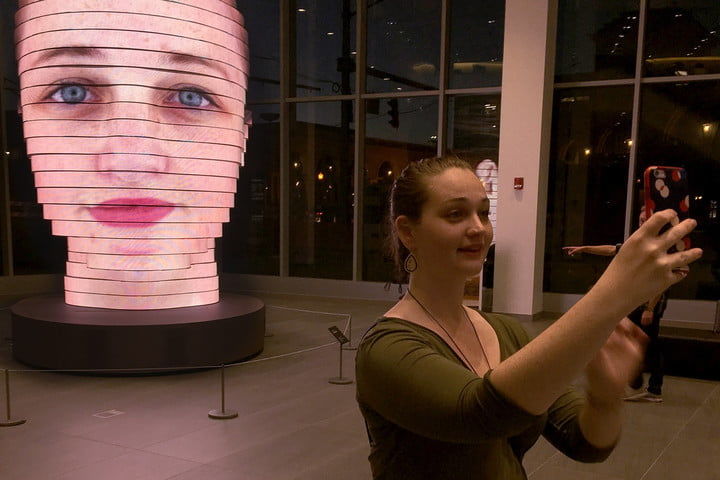 Joey Haar — October 18, 2017 — Art & Design
References: digitaltrends
Share on Facebook Share on Twitter Share on LinkedIn Share on Pinterest
Selfies are okay, but for people who really dig the idea of projecting their faces to the masses, art professor Matthew Mohr's new project 'As We Are', is a more extreme option. The installation is a giant, head-shaped sculpture composed of over 850,000 LEDs, and the people who enter the booth in the back of the head get their pictures taken so they can post their own 3D visages on the massive bust.

As We Are is currently on display at the Greater Columbus Convention Center in Columbus, Ohio. The publicly viewable installation is open to anyone who passes through the atrium, allowing them to display their faces freely. The sculpture also stores as many as 100,000 3D images locally, cycling through and displaying its history of faces.
5.8
Score
Popularity
Activity
Freshness
View Innovation Webinars