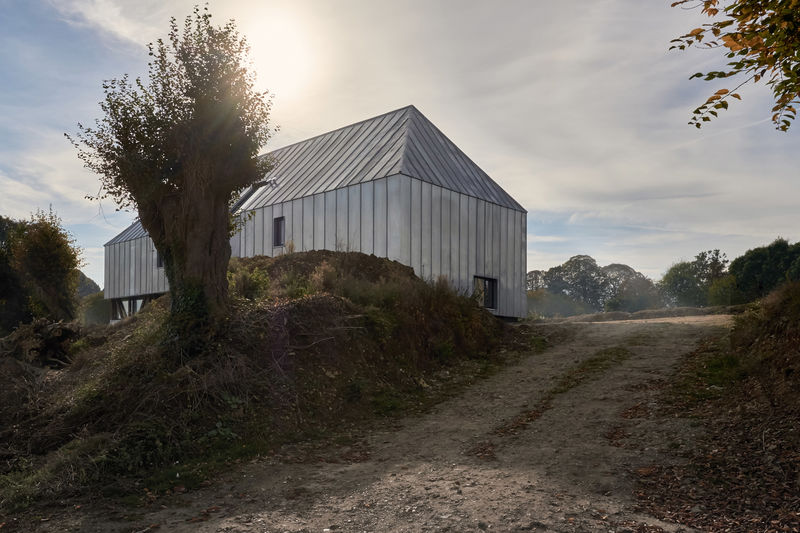 Antonin Ziegler's 'The Barn' is Covered in Untreated Zinc Siding

Joey Haar — April 19, 2017 — Art & Design
References: antoninziegler & dezeen
Share on Facebook Share on Twitter Share on LinkedIn Share on Pinterest
Traditional barns and farmhouses are covered in timber, with more modern ones getting some aluminum siding in the name of durability, but Paris-based architect Antonin Ziegler's new structure, called 'The Barn,' offers a different material. His studio's barn design is clad in zinc siding, giving it a completely unique look compared to the other buildings in the rural area of Notre-Dame-de-Bliquetuit, France.

Aside from it's generally interesting appearance, The Barn's facade is designed to look interesting in perpetuity. Antonin Ziegler chose to cover the building in zinc because of the interesting way in which the metal oxidizes. Over time, The Barn should develop a fascinating patina that will hopefully give it the impression of permanence (despite the obviously modern design traits that it possesses in comparison to its neighbors.)
3.9
Score
Popularity
Activity
Freshness
Jeremy Gutsche Keynote Speaker

Raw Concrete Residences
The House in Tajiri is a Concrete Farmhouse