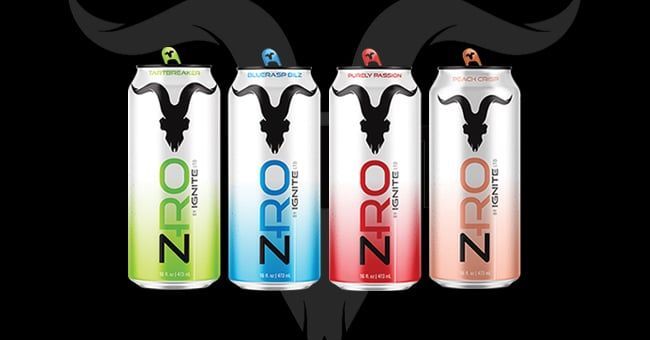 The ZRO by IGNITE Beverages Come in Four Flavor Options

Michael Hemsworth — February 14, 2020 — Marketing
References: ignitebeverages.co & bevnet
Share on Facebook Share on Twitter Share on LinkedIn Share on Pinterest
The ZRO by IGNITE beverages are a new range of drinks from the Dan Bilzerian-owned brand that aims to deliver a performance-enhancing experience that's perfect for consumers who lead busy lifestyles. The drinks are a nootropic-infused refreshment opting that's created without added sugar and will come in four flavor options including Purely Passion, Tartbreaker, Peach Crisp and Bluerasp Bilz. Each of the drinks contain a branded range of ingredients that are meant to improve cognition and focus including Alphasize Alpha GPC 100, I-Tyrosine and AMATEA.

The ZRO by IGNITE beverages were explained by Ignite Beverages President James Gracely who said, "I saw a trend of people being tired of proprietary blends, which is a glorified way of telling you that the product is not going to give you enough of anything, but you’re not going to know what’s in it. We are using a full dose of Alphasize Alpha GPC for nootropic function. We are giving you real ingredients but not hiding behind a proprietary blend. It’s fully disclosed.”
6.2
Score
Popularity
Activity
Freshness
Get Better and Faster