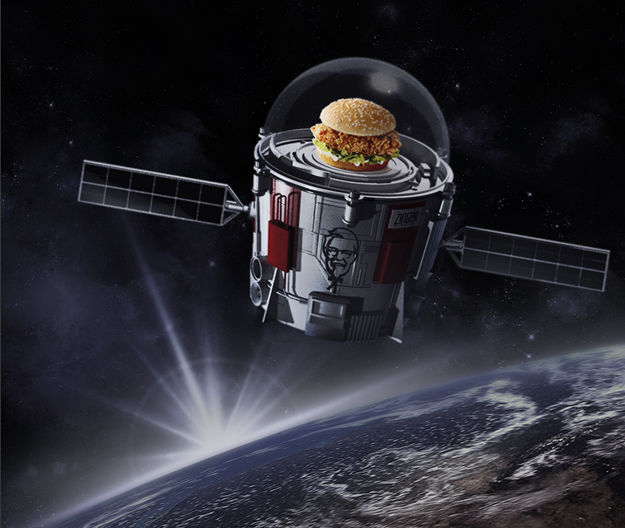 Joey Haar — June 15, 2017 — Marketing
References: yesweareactuallysendingachickensandwichto.space & qsrmagazine
Chicken may not be able to fly, but that isn't stopping KFC from sending one of its most successful chicken sandwiches into the literal stratosphere as part of the 'Zinger 1 Space Mission.' Indeed, KFC has partnered with stratospheric exploration company World View to carry a Zinger chicken sandwich up into space as part of the development of the high-altitude Stratollite vessel.

KFC's apposite website, yesweareactuallysendingachickensandwichto.space, describes the timeline over which Zinger 1 Space Mission has unfolded. It began a few months ago with the official pre-launch announcement in a TV ad featuring Rob Lowe as Colonel Sanders. Over the next few weeks, Zinger 1 Space Mission released peripherals for the mission, like a patch, an anti-gravity test, and a telescopic investigation. The official flight window is now set for July 21st.
1.9
Score
Popularity
Activity
Freshness