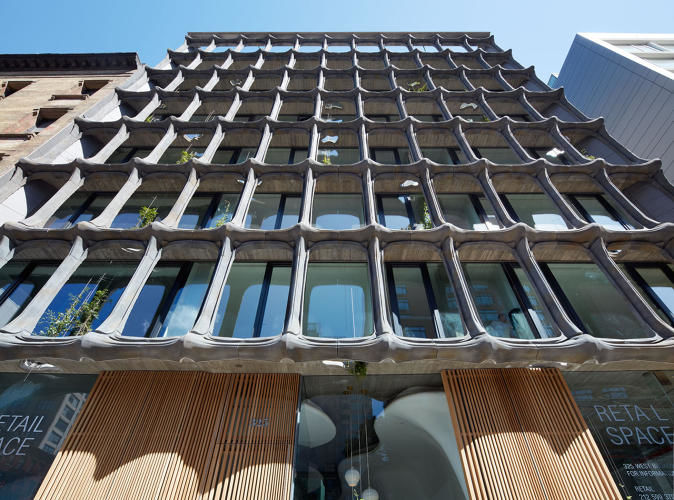 The Steel Facade of 'XOCO 325' is Shaped Like Massive Bones

Joey Haar — August 18, 2016 — Art & Design
References: xoco325 & fastcodesign
Share on Facebook Share on Twitter Share on LinkedIn Share on Pinterest
XOCO 325 is a new condo building in Manhattan's SoHo neighborhood that takes inspiration from anatomy. The building, which was formerly a chocolate factory, has taken a more macabre turn than its joyous former incarnation, as architecture firm DDG has designed the facade to look like a series of interconnected bones.

The skeletal facade is reminiscent of roundly adored modernist icon Antoni Gaudi's buildings. The Spanish architect, who died in 1926 and is famous for Park Guell and the Sagrada Familia, was known for using shapes that were common in nature -- bones included. In fact, La Pedrera, an apartment building in Barcelona designed by Gaudi, has a facade that looks like a more elaborate version of the XOCO 325 facade.

For Manhattan residents, the SoHo building is sure to create some wanderlust for the Gaudi-built edifices of Barcelona.
2.9
Score
Popularity
Activity
Freshness
Attend Future Festival Virtual