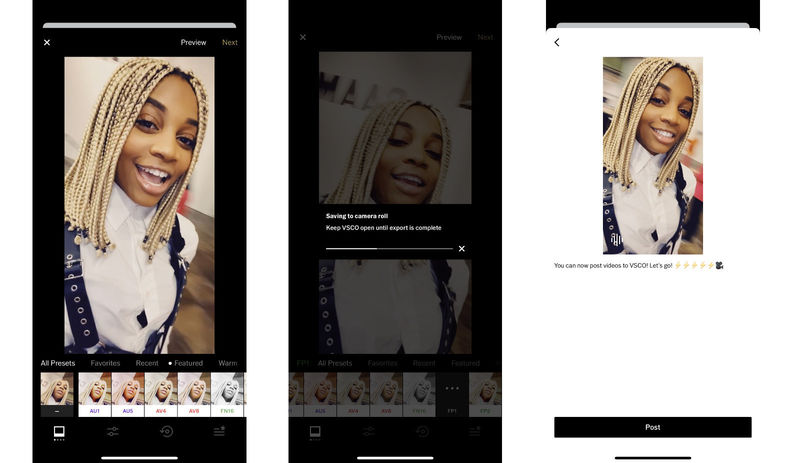 Daniel Johnson — February 7, 2020 — Tech
References: vscopress.co & engadget
The VSCO platform will now let users post video content, and the new capabilities are currently being released for iOS users, with Android Compatibility following shortly after. Video posting capabilities come as the platform is making a concerted effort to increase social interaction. The VSCO platform previously had video editing features, and state that the use of those tools increased significantly over the course of the year.

In order to post a video, users can go through the editing process, then following that they have the ability to post videos from a camera roll.

Since video editing increased significantly, the ability to post video content could increase enginemen on the platform. additionally providing editing features allow users to customize content before its posted.