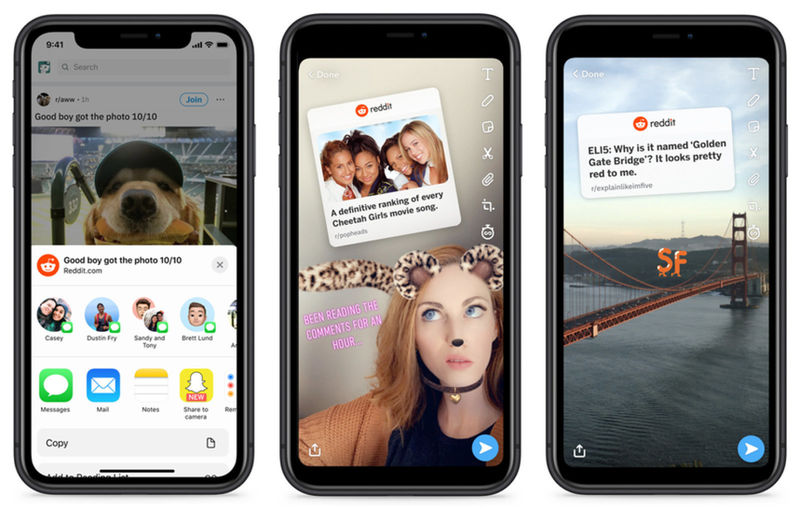 Currently, the ability to share posts from Reddit on the Snapchat platform is restricted posts that are deemed safe-for-work. Additionally, the feature is live on the Reddit iOS app, however, an Android version will be released at a later date.