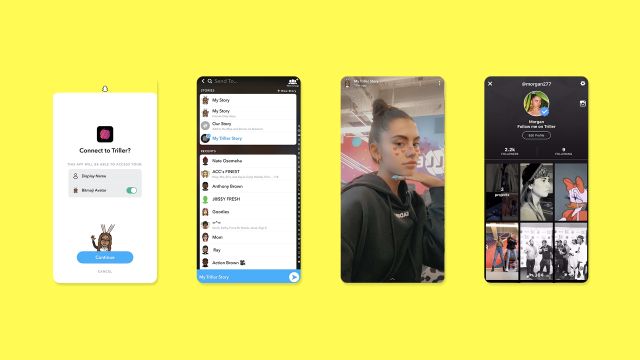 Daniel Johnson — March 31, 2020 — Social Media
References: snap & engadget
Share on Facebook Share on Twitter Share on LinkedIn Share on Pinterest
Snapchat is adding a new feature named App Stories, which lets users post content from other apps to their stories. App Stories was initially showcased approximately a year ago, where it was announced at the platform's Partner Summit. The new feature is compatible with four other apps including Triller, Squad, Hily and Octi. Snapchat also indicated it will expand compatibility to other apps in the future.

The company's VP of partnerships, Ben Schwerin, spoke about the new feature, "This gives people even more reasons to use the Snapchat camera to create and it also opens up our content to potentially new audiences."

Overall the feature could benefit the platform, by getting more viewers from third-party apps.