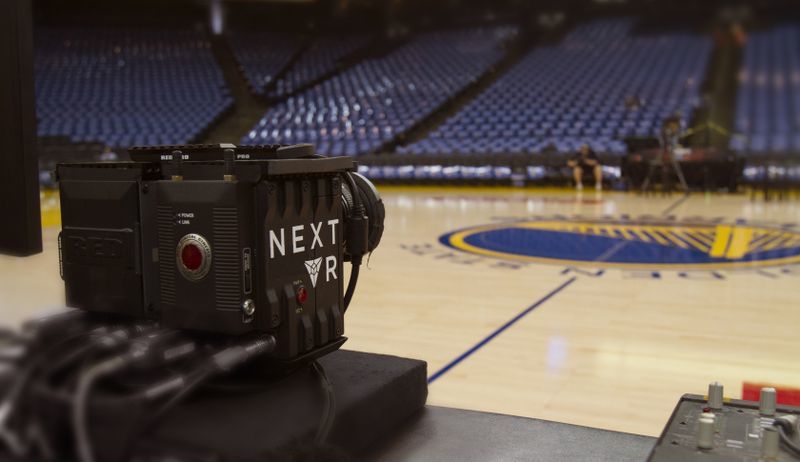 Joey Haar — October 20, 2016 — Lifestyle
References: nextvr & techcrunch
Share on Facebook Share on Twitter Share on LinkedIn Share on Pinterest
The NBA has been the major North American sports league most willing to experiment with virtual reality, and this season, VR basketball games will be a regular part of the entertainment landscape for the league. The Association has announced its partnership with NextVR, a virtual reality content producer, to stream at least one game a week for the entirety of the 2016-2017 season.

The VR basketball will be available to consumers who have NBA League Pass, the NBA's all-access streaming platform. While League Pass is more expensive than a casual fan would be willing to shell out typically, the VR broadcasts themselves will be shot from the perspective of a courtside seat -- a position that in one game costs far more than an entire season of League Pass. Further, the broadcasts will be separate from the local or national feeds, with dedicated commentary and options to change camera angles.
4.2
Score
Popularity
Activity
Freshness
View Innovation Webinars