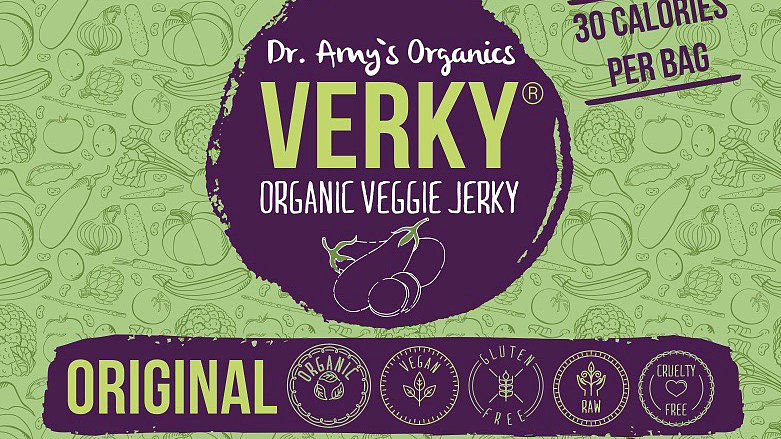 Dr. Amy’s Organics' 'Verky' is an All-Vegan Jerky Made from Eggplant

Laura McQuarrie — April 11, 2018 — Lifestyle
References: dramysorganics & livekindly.co
Share on Facebook Share on Twitter Share on LinkedIn Share on Pinterest
'Verky' is the name of a new vegan jerky product from Dr. Amy’s Organics that is entirely raw, organic, unprocessed and free from animal products. The snack is made with a base of dehydrated eggplant that is then flavored with olive oil, mesquite powder and agave—Verky is offered in both an Original and a Spicy flavor, which is enhanced with a kick from piquant cayenne pepper. In all, the jerky-inspired eggplant strips are low in fat, sodium and calories, as well as free from wheat and sugar.

As an alternative to adding to the junk food category with salty, unhealthy dried meat strips, a number of brands are now exploring the many ways in which simple, nourishing vegan jerky can be produced with everything from soy and mushrooms to coconuts and bananas.
3.6
Score
Popularity
Activity
Freshness
Get the 2021 Trend Report FREE