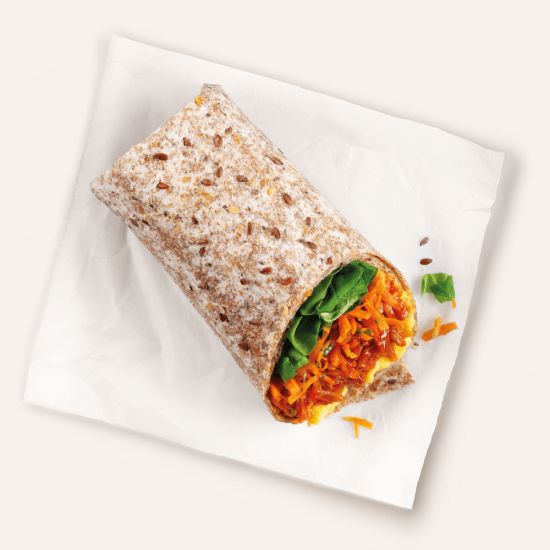 Laura McQuarrie — January 5, 2018 — Lifestyle
References: starbucks & livekindly.co
To expand upon the types of snack wraps that it currently offers, Starbucks launched an all-vegan wrap to appeal to consumers who prioritize health or a simply a desire to try something new.

The BBQ Vegan Wrap with Jackfruit and Slaw features a whole wheat seeded wrap that is filled with carrot, pureed sweet corn slaw and spinach leaves. Although meats like chicken, beef and tuna are the feature ingredients in many of Starbucks' current wraps, jackfruit is used as a substitute in this new wrap, as it boasts similar properties to meat. Since jackfruit boasts the ability to shred like pulled pork, as well as take on a variety of flavored seasonings, this ingredient is becoming a well-known one in the world of plant-based meat replacements.
5.1
Score
Popularity
Activity
Freshness